When satan tempted Christ, Christ never used logic to refute satan. Each and every time the devil came up with a logical explanation why Christ should worship him, or tempt God, or misuse His power, Christ used only Scripture to counter him.

Why? Because you cannot defeat satan with logic. You can only defeat him with the word of God. Hence James 4:7 teaches “Submit yourselves, then, to God. Resist the devil, and he will flee from you.”
Notice from the above that the only way to resist the devil is by submitting to God.

When you want to defend Christmas and you do not use Scripture, but use logic, you are operating at a level in which satan is stronger than you.
Remember that Eve relied on logic, rather than the word of God. “When the woman saw that the fruit of the tree was good for food and pleasing to the eye, and also desirable for gaining wisdom, she took some and ate it. She also gave some to her husband, who was with her, and he ate it.”-Genesis 3:6.

How did satan get Eve to do this? He did it by saying “Did God really say, ‘You must not eat from any tree in the garden’?”
satan achieved his aim by attacking the Word of God. By making Eve doubt it. And by making her feel she could go outside God’s Word and create her own doctrine, which God’s Word did not teach.
satan has no new tricks. He has not changed. He is the same devil he was in the Garden of Eden. So, now, let us consider some Frequently Asked Questions About Christmas.

Answer: Then why did Paul say “even if we or an angel from heaven should preach a gospel other than the one we preached to you, let them be under God’s curse!”-Galatians 1:8?

Answer: Then why does 2 Timothy 3:16 say “All scripture is given by inspiration of God, and is profitable for doctrine, for reproof, for correction, for instruction in righteousness.”? We are meant to get our doctrine from Scripture, not from “I think”.

We are not meant to think up our own doctrine. We are meant to trust and obey Scriptural doctrine.

Question 3: But the three wisemen celebrated the birthday of Christ.

Answer: No they did not. There was no three wisemen. Scripture says “wisemen from the East”-Matthew 2:1. It does not tell us how many wisemen there were. Also, the beginning of that verse says “AFTER Christ was born”.

That means they did not come to see a newborn baby, as many have been misled to believe. They only started coming AFTER CHRIST WAS BORN.
Luke 2:7 teaches us that Christ was born as a baby “in a manger.” Matthew 2:11 teaches us that by the time the Magi (wisemen) visited Christ, He lived a “house” and he was a “child”, not a baby.

And finally, on this score, after King Herod ‘enquired diligently’, “he put to death all the boys in Bethlehem and its vicinity who were TWO YEARS OLD and under, according to the time he had learned from the Magi”-Matthew 2:16.

Answer: When you take Scripture out of context, it becomes a pretext.
To understand Matthew 18:18, you have to read from Matthew 18:15.

“If your brother or sister sins, go and point out their fault, just between the two of you. If they listen to you, you have won them over. But if they will not listen, take one or two others along, so that ‘every matter may be established by the testimony of two or three witnesses.’ If they still refuse to listen, tell it to the church; and if they refuse to listen even to the church, treat them as you would a pagan or a tax collector.

Truly I tell you, whatever you bind on earth will be bound in heaven, and whatever you loose on earth will be loosed in heaven.”-Matthew 18:15-18
Christ was dealing with sin in the church. He was not giving His disciples any authority to establish doctrine outside of Scripture. The binding and loosing He referred to was the forgiveness of sins and we see the parallel in John 20:23:
“If you forgive anyone’s sins, their sins are forgiven; if you do not forgive them, they are not forgiven.”

Question 5: Paul said “One person considers one day more sacred than another; another considers every day alike. Each of them should be fully convinced in their own mind. Another regards one day as special does so to the Lord”-Romans 14:5-6. Does that not give us freedom to celebrate Christmas?

God has given us leeway to worship Him on any day we choose. Paul is not saying we should celebrate extra scriptural holidays.
In fact, in 1 Corinthians 10:20 Paul said “the sacrifices of pagans are offered to demons, not to God, and I DO NOT WANT YOU TO BE PARTICIPANTS WITH DEMONS.”

Christmas is a pagan holiday to a demon god, that was later converted by the Catholic Church to a supposed birthday of Christ. No matter how you slice it, this is tantamount to being “participants with demons.”

The reason Scripture is holy, is because it is the word of God. What does that mean? It means that it is perfect and should not be added to or subtracted from. In fact, Revelations 22:18 warns as follows:
“I testify to everyone who hears the words of the prophecy of this book: If anyone adds to these things, God will add to him the plagues that are written in this book.”

Question 6: Would I go to hell if I celebrate Christmas?

Answer: I do not know. What I do know is that Cephas (Peter) said “judgment must begin at the house of God: and if it first begin at us, what shall the end be of them that obey not the gospel of God?”-1 Peter 4:17.

Question 7: Why are you carrying this Christmas matter on your head?

Answer: Because, according to 2 Corinthians 5:20 “We are therefore Christ’s ambassadors, as though God were making his appeal through us. We implore you on Christ’s behalf: Be reconciled to God.” 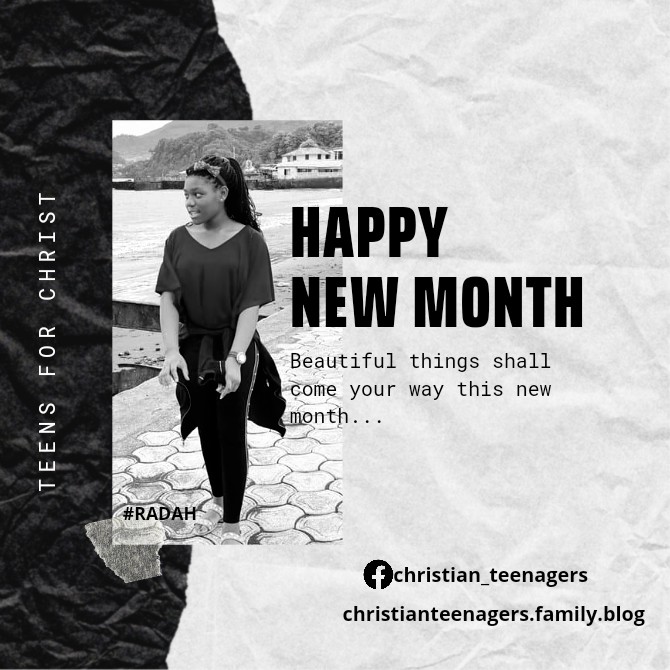 “This beginning of miracles did Jesus in Cana of Galilee, and manifested forth his glory; and his disciples believed on him.” (John 2: 11)

Prophecy is good but let the Holy spirit be your final guide. 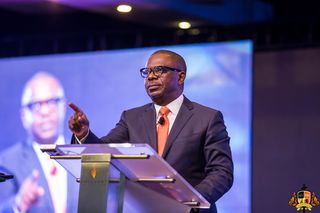 1. Prophecy is good and must not be despised however the final guide of the Christian in making decisions must be the HolySpirit. Prophecies that come to you, giving direction to your life must be a confirmation of a known inward conviction you have previously received by the Spirit of God. 2. Do not allow […]

YOU SHALL NOT FEAR THEM 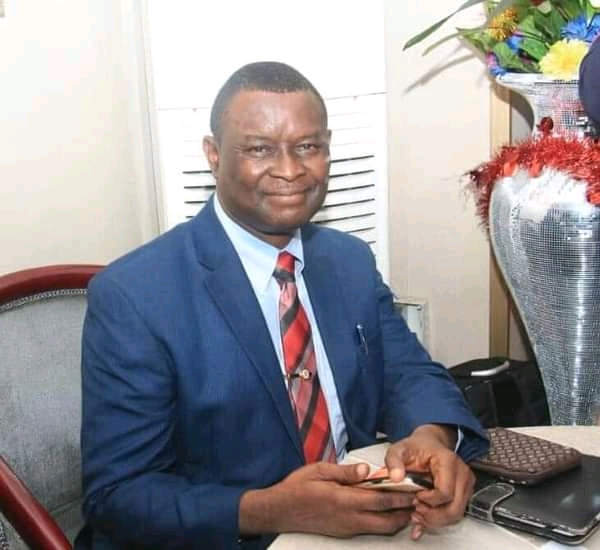 Many year ago, I saw a revelation. I had gone on a retreat to write a script for movie. And I was very sick during the writing of the script. As I was sleeping on the bed, suddenly, I saw two white figures coming into the room and standing on each side of the door […]

“And saith unto him, Every man at the beginning doth set forth good wine; and when men have well drunk, then that which is worse: but thou hast kept the good wine until now.” (John 2: 10)

THE MAKING OF MIGHTY MEN 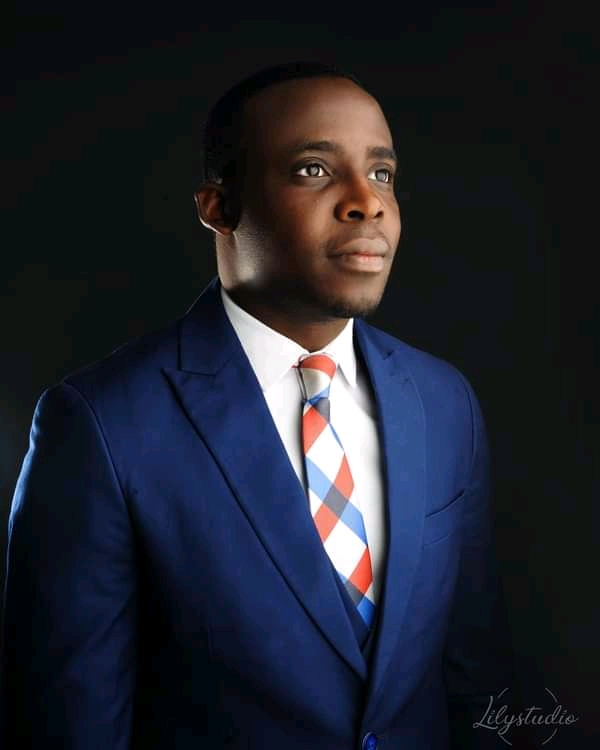 The definition of a great man is a man that is helped. There is no man that can be great on the account of himself. The way by which God makes men mighty is that he helps them.