My grand father was a pastor, the founding father of one of the popular denominations in the north. So, I come from a background of people who love God but I became dissatisfied with religion. I knew there was something more, the prophecy upon my life and destiny will not let me rest. A time came in my life when I started having visions and encounters. I had encounters of those you call God’s generals.

The first time I took the book ‘God’s Generals’, I wept because it was as if I was reading about my relatives. Something in me told me there is a relay from these men that your hand should hold – it’s a tribe. I started searching for the people around the world who had interactions with these Generals because I needed it, not for some self (whatever it is), No. Finally, I found a man and I said what did the Generals say? And he said Smith Wigglesworth told Lester Sumrall ‘this anointing, I release on you came from many people, he said don’t die with this anointing! When you are about to die, find young men, you will have to find people and release this grace upon them’. I said ‘My God, this is it. Lord, I know nobody anoints himself, nobody rises on his own.

I have coveted graces with all my heart, I’m just letting you know. I was to meet with Dr Myles Munroe (a dearly revered mentor) before he died. I was in Warri, the morning he died. I felt a sharp pain physically in the morning because of the depth of connection – it pained me.

One of the reason why I love Dr Myles Munroe, you hear me talk about him so much, not just because he is the one who mentored me in the area of the kingdom.
But when I started out in life and ministry. I wrote letter to several men of God, now am not offended, am not saying they are bad. Because if you write a letter to me you may not even get it, am not the best. I mean I do my best to make myself accessible, but sometimes is not just possible. I totally understand it’s not from a stand point of sarcasm.

I wrote letter to several people, several minister just telling them my encounter. And Just trying to laverage on them to make sense of my life. I got different version of reply…..
BUT MYLES MUNROE WROTE ME HAND WRITTEN…. AND ENCOURAGED ME AND SHARED CERTAIN THING AND SIGNED IT WITH HIS OWN SIGNATURE.

And sent it from Bahamas to Zaria and I got it.
I said Lord I want to be like this man, what ever will make a busy man like this, the largest church in Bahamas’s,a pastor of pastors, advisers of president to have the time to send to a young guy trying to gain his balance spirituality…..I must desire it

You must desire the graces that take you from where you are to where you need to be.

I was in Reinhard Bonnke’s crusade in 2004 . A man of God by myself too but I went to that crusade not as a man of God, I went with hunger to receive. I apologise if I’m wasting your time but God wants to shift something in someone’s life.

Reinhard Bonnke finished preaching, I would have said I am a man of God, also working in Signs and Wonders. The 1st day he preached, by the 2nd day, I told myself, ‘I cannot just stand, I have to serve this anointing’. I went out of my way, I saw them wheeling people on wheel chairs and I said ‘pls can I join you to wheel the people?’. They said I am not in the committee, I said ‘what committee, do you know where I left to be here, let me hold that wheel chair’ and while I was wheeling it, I said ‘Lord, this is how my meetings will be too’. I have served the grace, I qualify to receive the anointing. I was in that crowd- a pregnant woman was standing by my side (and you know they don’t sit down in the crusade). The woman would be leaning on me, I was ‘ Madam, I’m not responsible for this child’. I came for an encounter (me too), you can’t indefinitely lean on me like that, I have done well to agree that you lean on me for hours but you’re distracting my focus, I came here with hunger.

Reinhard Bonnke preached a simple message and you know those of us, God has trusted with revelatory graces, it is difficult to receive (what is all these stories here and there, no depth). Then he was going to drink water, watch this – the moment he was to drink water and minister the baptism of the Holy Spirit, my eyes opened. I was in that crusade ground and for the 1st time, I saw the physical manifestation of the Holy Spirit. I saw a bird that was bigger than this building, moving round, the wings had silvery linings, not flying, soaring. I was looking and said what is this? The Spirit of God took me to Gen 1:2 – and the Spirit hovered round. He told me of the Union of the spoken word and the movement of the Spirit is what births the Miraculous.

It was not a sermon, I saw it. When I returned back, I had passed the stage, I didn’t know when I turned, I said ‘I have found it, I got something in my life’.
This man that stands before you is a product of many anointings, many anointings !!! I heard about Charles and Frances Hunter (you’ve heard my story). The Evangelist, in a single meeting, they raised 100 wheelchairs,100. I said ‘No, I have to meet them’. I desired to travel to US, not to go for a sermon, to scrub their toilets for 2 weeks, as a man of God.

Adaptation is proof of honour, can you bend that far to receive the grace (Praise the Lord). Then the ultimate of all the revelations was when the Lord Jesus Himself appeared to me. I was in a room when He came. How He came, I cannot explain, whether He came through the roof, through the door. As soon as He came, that’s when I learnt in the Spirit that you don’t have to talk, to speak. That the language of God is not English, it’s not Greek, it’s not Hebrew, the language is Light – that’s the language of God. He was not talking but He was speaking to me. The Light had left Him and entered me, how I did not die, is a question I will ask Him when I get to Heaven.

And from that experience, He left. Then one time, again I had another encounter and the Lord told me something. He said ‘Son, from today, I give you My presence as a gift’. I looked and I saw a Being like an Angel standing and He (God) said this Angel will work with you, he is called the Angel of the Lord’s Presence. This is what happens in a meeting when you see me come. The Lord gave me an instruction in another encounter, He said ‘every where you go to preach, there must be someone in that meeting, that the Light that came from Me to you,must come upon their destiny. Listen, He said that was the True Light that lighted every man (John 1:4-5).

I took time to share this with you, just to guide your faith as we pray. I apologise if it sounds in any way like arrogance but I’m showing you the basis from which you’re receiving what you are receiving – He gave gifts to men, He gave men to men. Amen

People surrender to Jesus, Get Baptized at the ‘Riots to Revival’ event in Portland 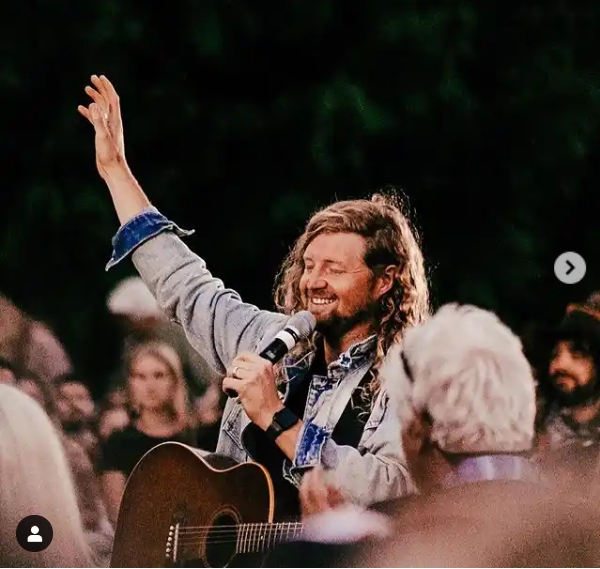 At least 33 people were killed in attacks by Islamic extremists on five Christian communities in the southern Kaduna state of Nigeria over a two-day period last week.

“INSISTING ON HAVING THE WRONG THING” 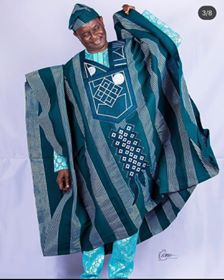 –Mike Bamiloye Numbers 11:4-6,10 KJV [4] And the mixt multitude that was among them fell a lusting: and the children of Israel also wept again, and said, Who shall give us flesh to eat? <!–

MY ADVICE TO YOUNG MINISTERS IN MY GENERATION!!! (Building Doctrinal Convictions)

– Pastor Bimbo Animashaun If I had the privilege to give a piece of advice to young ministers in my generation on public criticisms and other related matters, I would say, “Don’t be in a hurry to criticize people or what they do because in the years to come, you might find yourself doing the […]

Why Samson was chasing Harlot and not ‘Christian’ sister

There is something the harlots in the days of Sampson had that the ‘Christian’ sisters did not have. Was that why Samson was only chasing harlots here and there whereas the Church girls were still not married?